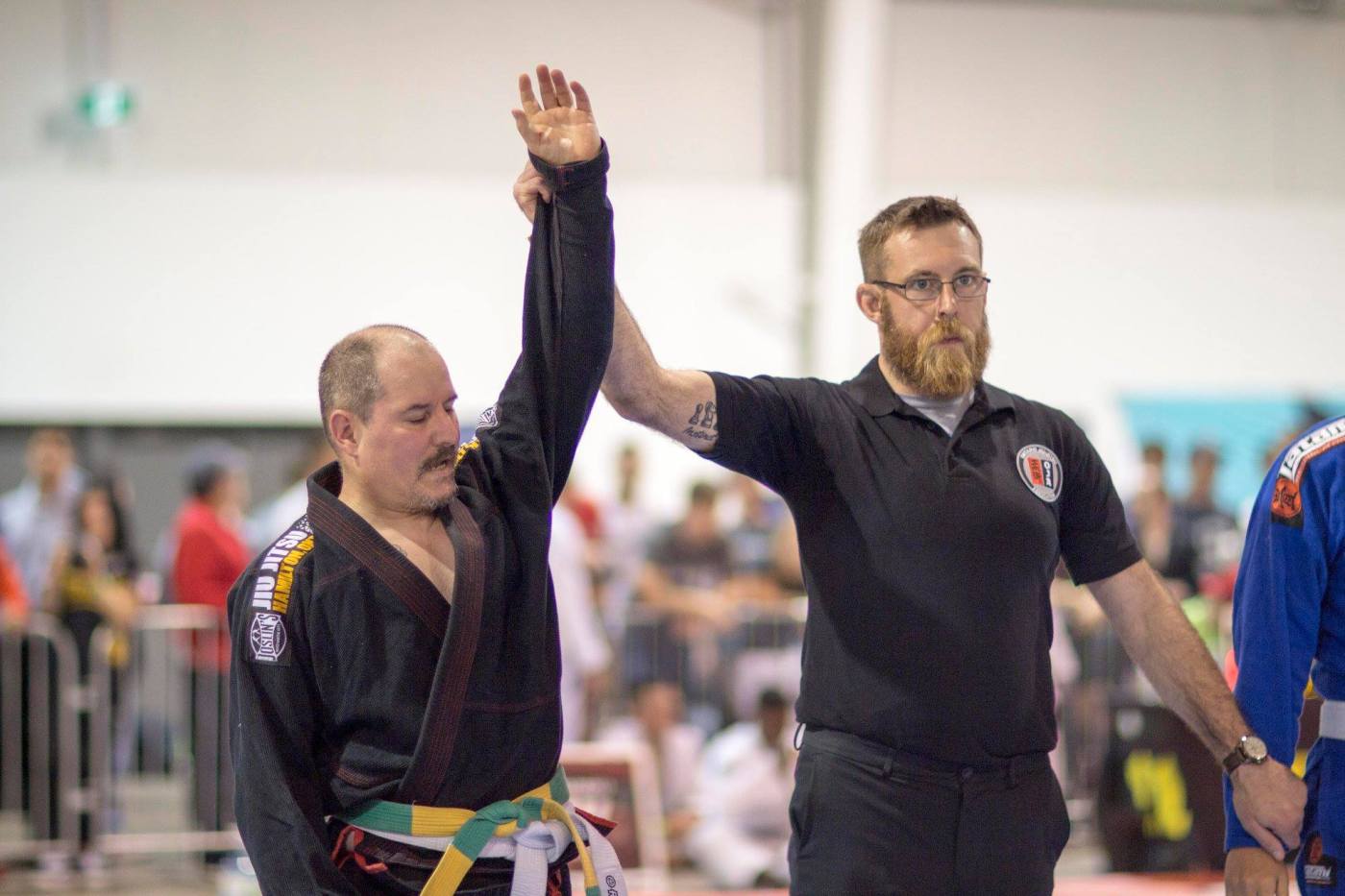 Here I was still trying to get back into shape and I decide to enter my first Brazilian Jiu-Jitsu competition. Going into it I knew I was still very new to Jiu-Jitsu which meant I was very likely outclassed by every competitor I would be up against and I also didn’t know if my fitness level would be up to the task either. My goal however was to challenge myself and support the team while having some fun taking in the competition. I expected to lose my first match but I would consider the whole fair a massive success if I did in fact succeed in that first match. I had been losing weight prior to signing up for the event and I was sitting at about 180lbs which put me at the top of the middle class bracket which maxed out at 181.5 lbs/82.3kg. as soon as I had signed up for the event I hunkered down and implemented the diet I previously shared and kicked my training up a notch.

Throughout the training period I watch my weight continue to drop and from previous martial arts training and competition I knew that I can sit comfortably between 150 to 160 lbs. The light weight cut off for the jiu-jitsu tournament was 168lbs/76kg. I was steadily approaching that weight and about a week before the event I was sitting at 174lbs at which point I pulled the trigger and gambled on being able to hit light weight. I contact the organizers and officially dropped to the light weight division. If I don’t make fight weight the day of the tournament I’m disqualified so it was a make or break deal.

Leading up to the competition day everything was going well. I was losing weight slowly and I was on track…or so it would seem. The day before the event tragedy hit. Deciding to check my weight on a more accurate scale I went over to my friends gym and used their medical scale. I was shocked to discover the scale indicated I was 4lbs over weight with less than 24hrs to remedy the situation. Holy crap! This isn’t good. Can I even drop 4lbs in one night? I had no idea. I was never faced with this problem before. I took drastic measures. Lucky for me I still hadn’t eaten anything significant that day so I knew I was running on mostly body reserves. That’s got to help. I didn’t eat or drink a anything until weigh in the following day which for my division was at 2 pm. I also went for a few walks and worked out at home as much as I felt I could safely do without burning myself out for tomorrow. The following day I had one piece of white toast with peanut butter and honey and a couple sips of water just to give me some fuel for the day. I’m staying pretty cool about the whole thing but inside I’m panicking. When I get to the event I know I’m probably dehydrated and low on fuel so I have my son set to hand me a hydration drink and an energy bar the moment I weigh in. At that time if I succeed in my weigh-in I have about 15-20 minutes to get me topped up.

It’s nearing 2pm and they’ve announced my division to line up for weigh in. I’m nervous as hell. I get in line and wait my turn for what was probably the longest 5 minutes of my life. Finally the moment of truth  and I step up onto the scale. I had even worn what I thought was the lightest gi (uniform) I owned, as we have to weigh-in while wearing our fight uniform, hoping to get a little bit of help.  I look up at the screen with horrid anticipation as the screen blinks a couple times and I wait for the outcome.  167.8lbs! Success! I just made it by the skin of my teeth and I’m at the top end of my weight bracket that’s got to help right? Off I go to compete in my first Jiu-Jitsu competition and I do manage to win my first match. When it’s all said and done I take home a bronze medal and I’m quite proud of that one because I suffered so much leading up to the event. It was a real struggle and I really I worked hard for it. The effort I put in gave it a lot of value for me. I haven’t kept any of my trophies or medals over the years. I like to just move on and keep growing and forget about past glories but I think I’m gonna keep this one. 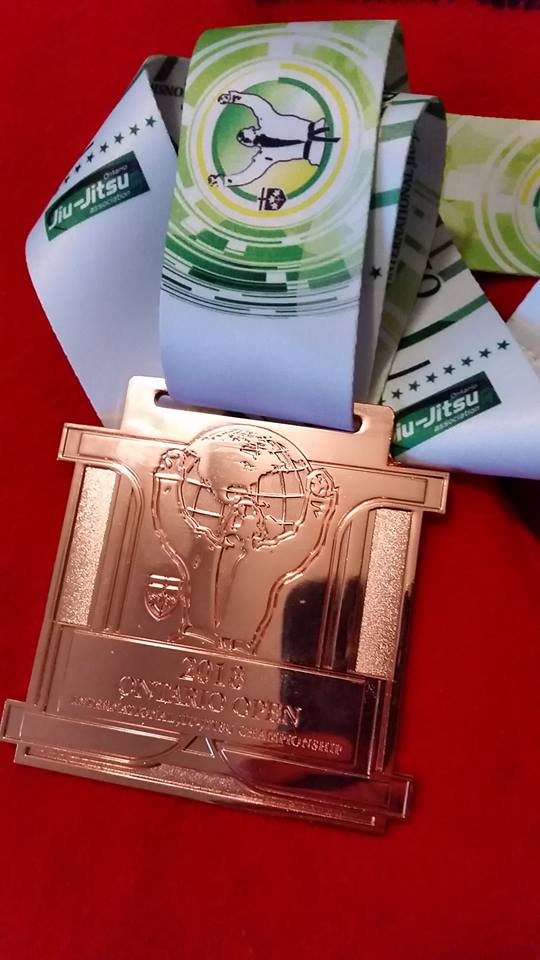